Breastfeeding without the bullshit

Together, discuss everyday issues surrounding breastfeeding and motherhood in ways everyone can relate to.
Check out their bios to learn more about them both and their businesses. 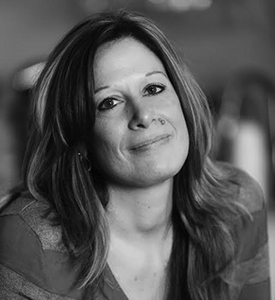 I am a lactation consultant in Rochester, New York. I became interested in the field of lactation consulting after breastfeeding my own children. After spending thousands of hours working with new mothers and babies, I was able to sit for the board exam, which qualified me as an International Board Certified Lactation Consultant, or IBCLC. In 2010, I completed my Advanced Lactation certification and BS in Maternal Child Health/Lactation. In the fall of 2013, I completed my MA in Health and Wellness/Lactation.

I am dedicated to serving mothers and babies, and have the unique ability to identify with the needs and concerns of new mothers.

I also have experience working with older babies and mothers returning to work and wishing to continue their breastfeeding relationship.

I am a Certified Child Birth Educator. As a health educator, I enjoy teaching prenatal breastfeeding class. I believe it is important to have the opportunity to ask questions and learn about breastfeeding before the baby is born. As part of my commitment to education, I also have the benefit of presenting for medical personnel, lactation and birth specialists and parents either at conferences or workshops. I have worked extensively with women who have survived trauma, babies struggling with tongue tie, birth trauma, milk supply issues, attachment, identifying latch problems, returning to work and breastfeeding multiples.

I have 3 biological children, including twins, and 3 step children. I believe that women deserve the opportunity to have the breastfeeding relationship that they desire, free from distress, and I am honored to be part of this magical experience. 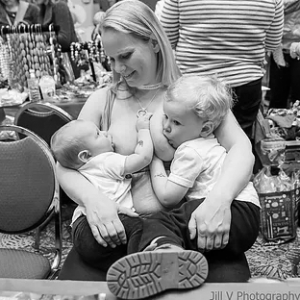 I had my first son, Jack, at 35 years old. I was focused on my career and planned to return to work after his birth. Until the day before he was born I worked as a social worker with abused and neglected adolescent wards of the state. I was a case worker, youth counselor, supervisor and therapist before I ended my career to be a mom (or so I thought).

I felt like I had everything figured out, but when they handed me a slimy newborn baby, everything that I thought I knew didn’t make sense anymore. My first struggle was to figure out breastfeeding.

Until I latched my own son onto my breast I had never seen anyone breastfeed. It broke me. It brought me to my knees. But I had never backed down from a challenge until now and this was no different. I fought with everything that I had to figure this out. I sat up at night on Google, I joined Facebook groups, I read blogs, I researched breastfeeding like I was back in grad school.

The problem began a few hours after Jack’s birth when a nurse told me to supplement with formula because I wasn’t making enough colostrum to feed him. She told me that was why he was crying. I didn’t know any better and gave him formula. This began that ugly cycle of making less milk due to my baby feeding on formula (because the more milk your baby drinks from your breast, the more milk you produce) and then me not having enough milk to satisfy him and therefore needing to give him formula. I was anxious and sad all the time. It felt dark and scary. I had failed him. I wasn’t good enough.

Then I called to get help. I called the La Leche League and spoke with an International Board Certified Lactation Consultant (IBCLC). In one conversation everything turned around. She assured me that I wasn’t failing. She assured me that I could exclusively breastfeed and stop feeding formula. She gave me simple instructions to start lowering the amount of formula I was giving, feed him pumped milk when I needed to “top him off” and breastfeed him as much as possible.

Soon I was exclusively breastfeeding and I felt like a million dollar badass. A few months later I posted a photo of myself breastfeeding Jack in public in a Facebook group for moms. It quickly turned ugly. I was called “gross” and “inappropriate”. They said I should wear a cover. I didn’t know there was breastfeeding politics, but I quickly decided to push back against the backlash. I started a blog and Facebook page and decided that I would fill people’s news feeds with photos and blog posts about breastfeeding. Moms began to show up claiming similar experiences of everything that I wrote about. I found myself in a place of advocacy; a familiar place for me, the social worker, the advocate.

Through all my research of breastfeeding and connecting with other moms I learned about Attachment Parenting and all the other things that felt wrong to me and my husband (like putting Jack to sleep in a room by himself and my traumatic birth experience) started to make sense. To this day we share a bed with Jack (7) and Exley (4). Exley was born in a tub of water in our living room. I had a few struggles with breastfeeding Exley, but by that time I knew where to get help and I knew to get it early. The problems resolved quickly. Jack breastfed until 6.5 years old. Exley breastfed until 4 years old. I never returned to a social work office, but now I head to the home office to work on The Badass Breastfeeder everyday where I connect with thousands of badass breastfeeders around the world.